The Tale of the Moser Nature Watch – Chapter Two: No Hero Stands Alone

“...a whole stream of events issues from the decision, raising in one’s favor all manner of unforeseen incidents and meetings and material assistance, which no man could have dreamed would have come his way. “

In case you arrived late and missed the first episode of our story, here’s a little recap (if you’ve been here from the beginning, feel free to “Skip Intro”)…

A Watch Craft Expert longs to ‘Make Swiss Made Green Again’. Switzerland’s most elegant tennis Champion and the Watch Craft Expert Edouard meet for a serendipitous conversation about grass (the kind you cut with a lawnmower). Edouard is inspired, and imagines a living, growing watch. Gears are set in motion, and the team sets to work experimenting. Gallant friends contribute invaluable botanical know-how.

“…a whole stream of events issues from the decision, raising in one’s favor all manner of unforeseen incidents and meetings and material assistance, which no man could have dreamed would have come his way. “ 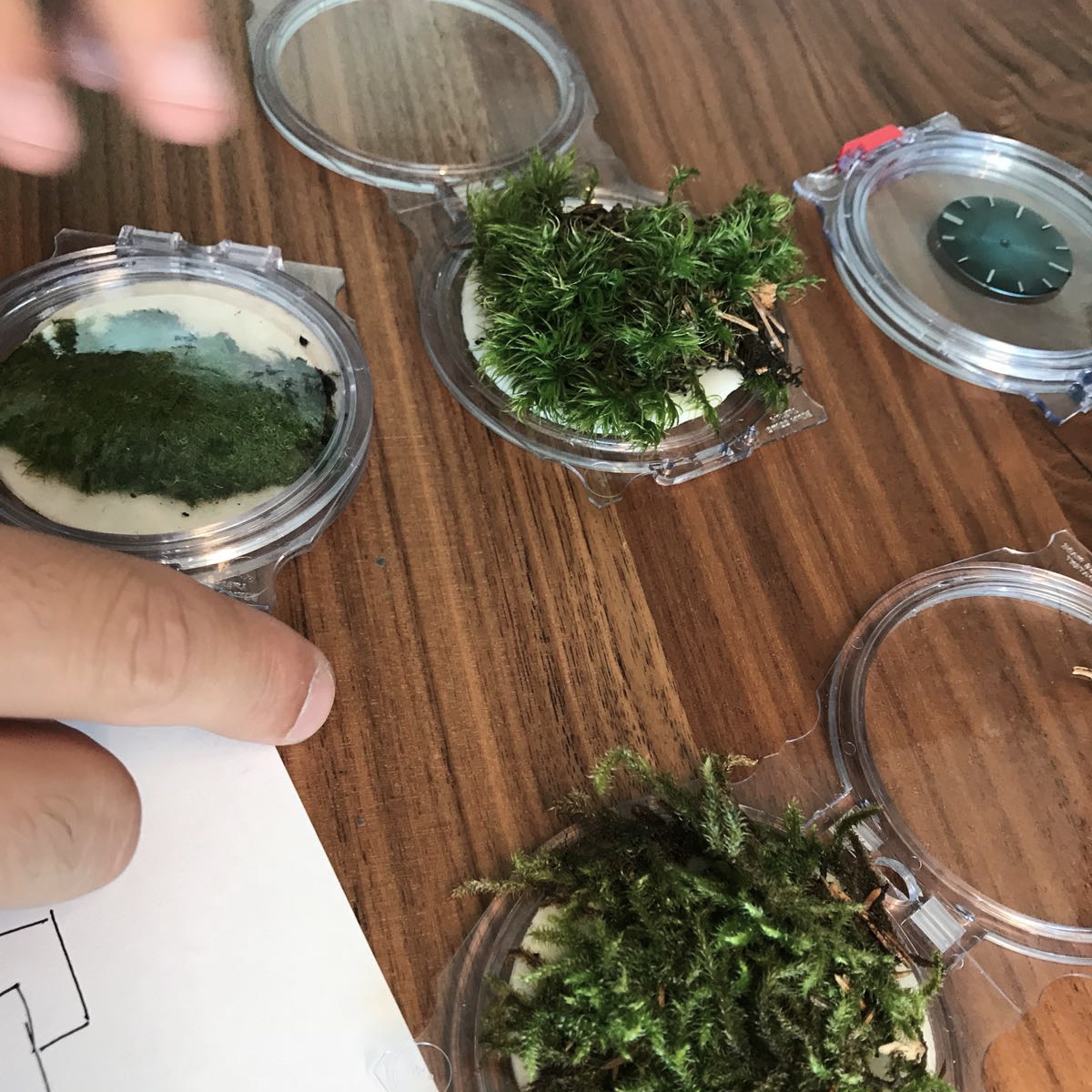 As Edouard’s dream began to sprout into life (admittedly a bit wonky and strange-looking at first), his band of Moser knights heard tell of his ambitions and, ever loyal, were inspired to begin experiments of their own. The Green Dream had taken hold. In a sort of alchemical-botanical laboratory, they poked and prodded and planted in a strange blend of Art, Science, and a necessary bit of madness.

Lord Marcel of Information Technology began to cultivate living watch-dials in his kitchen. One plant after another was tempted and trained to take root on the face of the fabled timepiece. But though he planted and watered and cursed and frowned (the stories say he may have sung to them as well), many of his dials failed to thrive.

But fortune favours the brave–and more so the determined. Sir Nicholas, Master of Sales, had heard tell of Lord Marcel’s battle. Having just returned from a tour of the Alps, he arrived at the kitchen laboratory with good tidings. Marching across the mountains, he had spotted a phenomenon that made his heart leap–tiny, hardy lichens clinging to flat stones and growing in all but impossible conditions. He collected these specimens and brought them to Marcel, who ingeniously cut them into watch dials.

Further experimentation was needed, however. One by one, more plants were introduced to the bezel, until the victorious recipe was found (possibly in the pocket of a passing witch, or an ancient alchemical tome): succulent, moss, mini echeveria, sprouting onion seed, pepper weed, and Tradescantia or Spiderwort.

Meet Martina Egy– with her famously dexterous fingers all but permanently attached to a pair of specialised tweezers, our deputy head of watchmaking is a perpetual calendar whizz, and a real artist of engineering. Her quiet exterior belies an inner passion– much like the impeccable watches she creates.

If you’re a true Moser Pioneer (aka you’ve been following Pioneer Chronicles for a while), you’re probably familiar with the modern miracle that is Vantablack®. But our latest creation, a Concept design that’s minimal enough to be mistaken for modern art yet ambitious enough for an astronaut, is flying to new heights.

Back to the future with the Heritage Centre Seconds Funky Blue

One of H. Moser & Cie.’s most popular dials of all time is the ‘Funky Blue’ – a signature colour that evokes a little thrill in even the steeliest of hearts, whatever the Age.

In Chapter Four, we discuss what a time-travelling Heinrich would make of Moser’s revival, and the world of Swiss watchmaking today. Mr. Balsiger explains why Social Responsibility is a watch-word both behind the scenes and on the public stage at Moser. And why a timepiece covered in moss is making headlines. You can also catch up with Chapters One to Three here.