In celebration of the connection H. Moser & Cie. and MB&F have had for more than ten years (a collaboration with Precision Engineering AG, our sister company), Edouard Meylan and Maximilian Büsser are co-creating a pair of timepieces that blend the main characteristics of each Maison. It’s a story of friendship, craftsmanship… and an horological relationship with impeccable timing.

Everything began with a friendship between two equally passionate CEOs – and their independent, human-scale Swiss companies. The result? Two designs that are, more than ever, infinitely greater than the sum of their parts. As melody elevates a bassline, as one chord brings harmony to another, these models express a new reality that goes above and beyond anything that’s come before. As Büsser says:

“When I called Edouard to tell him I wanted to collaborate, I said that I really liked the double balance-spring, the Moser fumé dials and the Concept watch series. Edouard agreed to let us borrow these features, but on the condition that he could reinterpret one of my designs. I believe that mixing DNA always creates interesting results – so I suggested one of my favourites, the FlyingT model.” 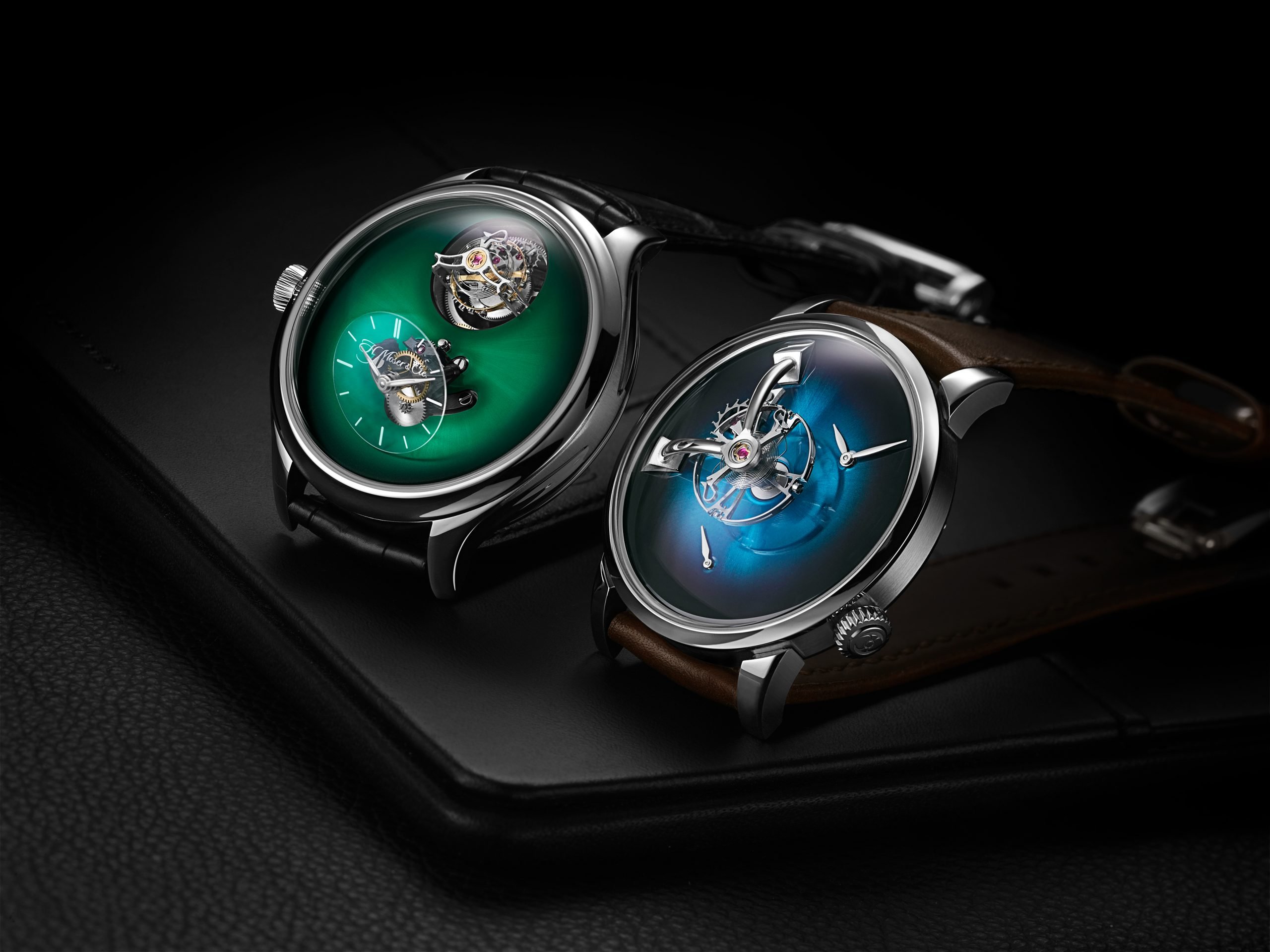 These blended beauties are being issued in 15-piece limited series – to celebrate the 15th anniversary of both MB&F and the relaunch of H. Moser & Cie. The Endeavour Cylindrical Tourbillon H. Moser x MB&F model unites unique features from both Maisons, resulting in a show-stopping, ‘very rare’ masterpiece that’s sure to bring a thrill to the heart of any true watch connoisseur.

Find out more about this exclusive collaboration.