In Chapter Two we continue our discussion with Roger Balsiger– this time we cover great-grandpa Moser’s Industrial Era, a Dam good invention, and a certain ‘Outlaw State of Mind’…

We know what a respected watchmaker your great-grandfather Heinrich Moser was; by the mid-19th century, H. Moser & Cie. was already a hugely successful business. But in your opinion, what was the greatest invention of Heinrich’s lifetime?

If you look at it overall, I would say that as an entrepreneur and industrialist, his greatest invention was probably the water dam that he built from 1863 to 1866. The “Moser Dam”, as it was known, was the largest Swiss hydro-power station–it created mechanical power for the local factories, long before electricity was installed. Previously, Schaffhausen had been very poor, but the dam transformed the economy into a thriving and profitable one. It really got the local industry back on its feet. 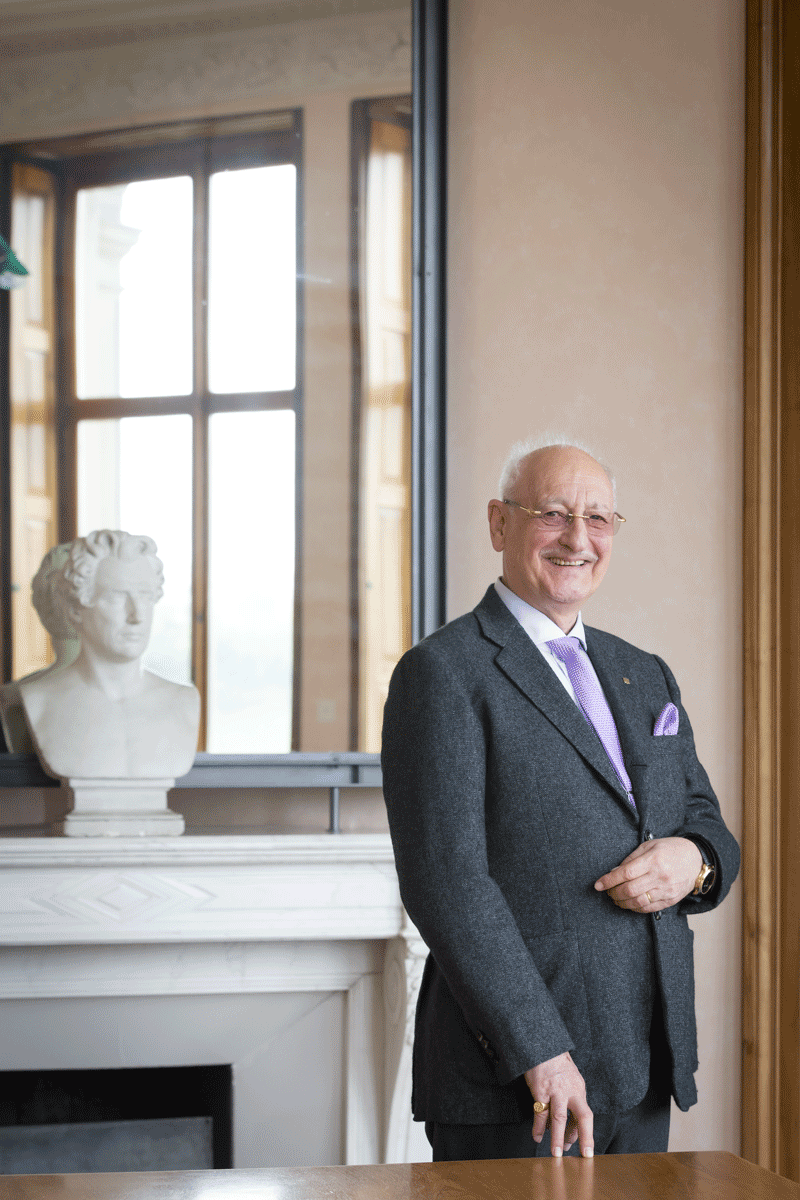 How did it come about, this Watchmaker-turned-Engineer undertaking such an ambitious project?

It came about in a very unorthodox way. Heinrich held a plan for the structure in his safe for decades. But he always said “I will only pull it out if all other projects fail, otherwise people will think I am crazy!” In the end, all else did fail. And of course, during the years it took to construct the dam, he suffered a lot of setbacks– he even had to start over two or three times from scratch, but in the end it worked. It worked very well.

And it stood the test of time?

Once the dam was up and running, from 1866, it lasted nearly a hundred years–all the way to 1959! So again, it’s a real sign of quality that it lasted for so long; in 1959, they only pulled it down because it was decided that they needed a more modern hydroelectric system. The Moser Dam had a huge impact for this area of Switzerland–I think it’s a remarkable legacy.

To have galvanised so many people to work on such a big enterprise, he must have been a rather charismatic person– what have you learned about his character from those who knew him personally?

He was certainly a very charismatic person. He was a strong leader, and could be quite adamant in some situations. He could also be rather blunt, even undiplomatic– but I suppose because he could afford to be. It seems he didn’t care much about laws: when he first started work on the turbine, they had to dig up a street every two weeks. To do that he would certainly have required permission, but his thinking was: “I don’t need permission–I am meeting people’s needs, I’m doing what’s right for them.” And so… he just went ahead and did it! He was an entrepreneur who ‘got the job done.

He sounds like a bit of an Outlaw (in a good way)?

Somehow, he never got into trouble with the law. Apparently it wasn’t a good idea to upset Mr. Moser! He could be a bit of a dictator, but a benevolent dictator– he did ask the people of Schaffhausen to vote on his plans. He held a vote for the dam, and I don’t think he would have built it without their vote. Which makes him quite democratic, and unusual from a 19th century perspective. Ultimately, whatever his defects, he was a great benefactor for the town– people respected that.

Next time, Mr Roger Nicholas tells us all about the social impact of his company on the small town of Schaffhausen… Stay tuned.