What was your very first Moser watch? And your current favourite?

My first Moser watch was watch Number Three! It’s in yellow gold, we no longer produce.  It’s something of a ‘collector’s item’ now. My favourite Moser watch is, of course, the Perpetual. It offers so many wonderful technical details and yet looks so clean, so simple.  It’s being even further streamlined these days – the complications and details reveal themselves subtly. In my opinion, when you look at a watch you want a pure, beautiful design without all the functionality shouting from the dial.  And of course when you compare Moser with other companies, that’s a major point of difference. A lot of watches now display god-knows-how-many functions on the dial. In the end it’s down to personal taste – but since Moser’s revival, simplicity has been our trademark.

If it’s a Moser, of course it would be Heinrich.  But there’s also an unsung hero from Moser’s history – or perhaps I should say heroine.  Heinrich’s first wife Charlotte was a remarkable character, and though she died quite young, the family documents show what an impact she had on him, both private and public.  Heinrich was such a self-made man, who clearly decided that he wouldn’t rely on anyone else to help him achieve success. But he absolutely did rely on Charlotte – he got all his support from her. After her death, he had a terrible time.  For many years, he experienced what today we would call depression, though it wasn’t really understood in those days. He became very private, withdrawn. It’s possible he threw himself so heavily into his work, and all those new enterprises, as a substitute or a distraction. But up until her death in 1850, I would say Charlotte was a true Moser heroine.

If you had to choose one of your favourite ‘complications’ – or a technical innovation?

Among the Moser watches, it’s got to be the Perpetual.  Generally speaking, I’m a bit of a traditionalist. I mean, we talk about ‘smart watches’ today, or watches that give you a hundred different functions in addition to the time.  I’m not really in great favour of that. Because to me, a watch is emotional. If you have a so-called ‘smart’ watch, it’s only technical. I can’t see how you’d have any emotional connection to something like that. You buy it for the various functions – to measure your pulse, or the number of steps you’re taking per day, etc.  To me, a watch isn’t even really about the time. These days, we have mobile phones to tell us that. It should be more like a jewel for you personally, whether you’re a lady or a gentleman. Of course it must be said that these beautiful designs are often relatively costly, and those who can afford to buy them are very fortunate. But looked at properly, they are really priceless. 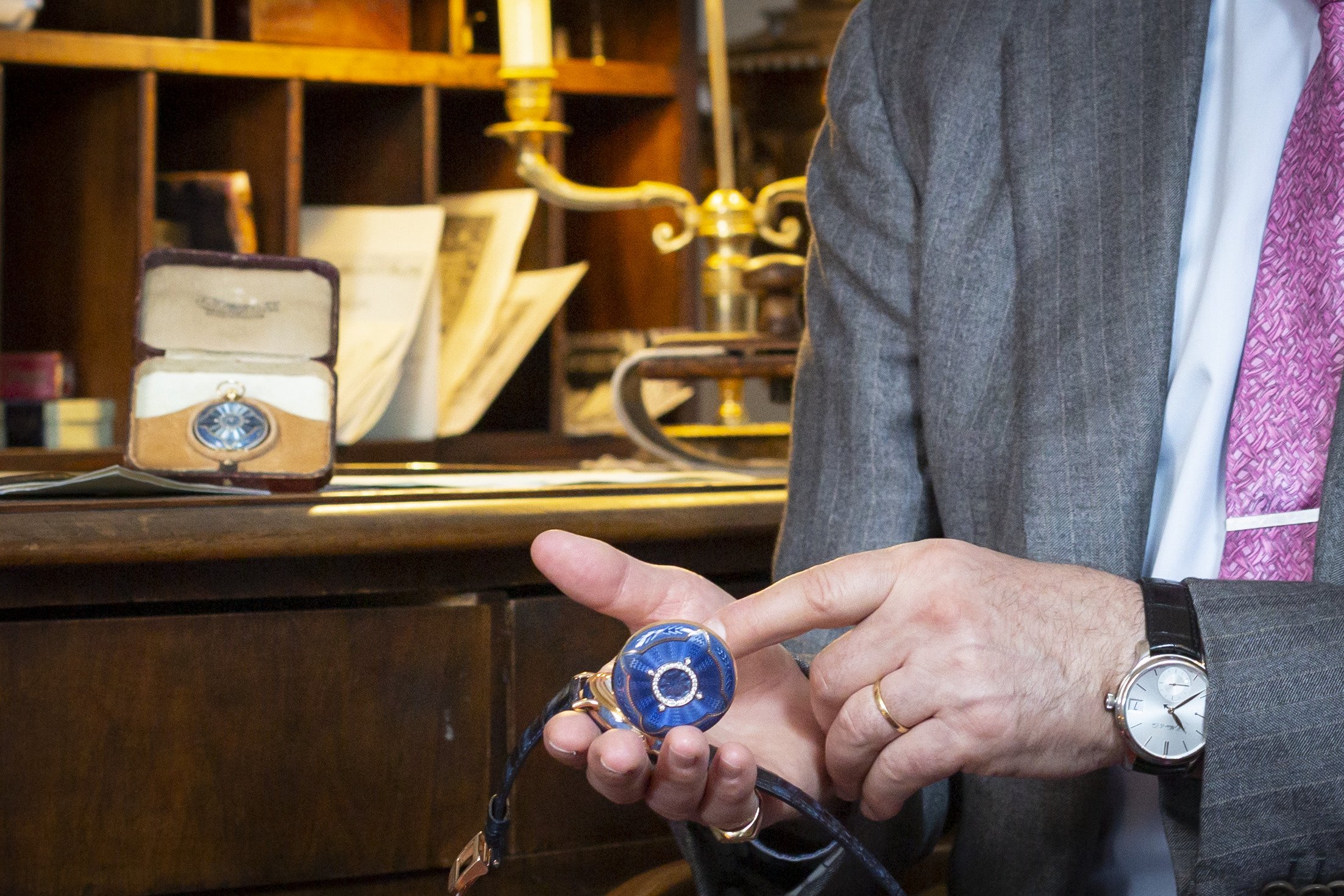 If Moser was an animal?

Hmm – I was going to say a lion…  that was my first thought, but then I wondered, how intelligent is a lion? Of course they’re considered to be very strong, king of the animals and all that… but intelligence isn’t the foremost feature when you think of lions. But if

lions were to be very, very intelligent? Then, the combination of strength and intelligence – that would be Moser.

If Moser was a place?

For the place, that’s tricky, because we’re international, we’re present all over the globe.  But I suppose I would go for a Swiss location, because Switzerland represents all of the positive qualities associated with Moser quite well.   I’d probably pick Geneva – because it’s such a cosmopolitan city, and yet maintains the Swiss way of doing things. And of course it’s one of the places where watchmaking has traditionally flourished.

Last but not least, what advice would you give to watchmakers, entrepreneurs, or historians of the future?

Be smart, be truthful. Keep the highest standards in your work.  Be exceptional, always. But never forget to be humane in all your actions, because, ultimately, this will form an integral part of your success.

Words to live by! Enormous thanks to Roger Nicholas Balsiger, not only for sharing these unique insights into his family’s rich history, but for his integral role in the revival of H. Moser & Cie.  From Heinrich’s bold endeavours, to revolutionary designs and new values for a new era – Mr. Balsiger’s careful documentation and guidance have kept the Entrepreneurial spirit of Moser very much alive today.  We hope you’ve enjoyed these conversations – straight from Henrich’s hearth at Charlottenfels – as much as we did!

Meet Axel Kabus, our After-Sale Expert and Guardian of Watches (once they’ve flown the nest to make their way in the world). A sort of Professor Xavier to our creations, Axel is one of a select few experts who take care of our clients’ every need. Repairs, damage, aesthetic requests or regular servicing: he’s got you covered. Ok, please don’t ask him to order you a limo at 2am. But pretty much anything else...

Meet Martina Egy– with her famously dexterous fingers all but permanently attached to a pair of specialised tweezers, our deputy head of watchmaking is a perpetual calendar whizz, and a real artist of engineering. Her quiet exterior belies an inner passion– much like the impeccable watches she creates.